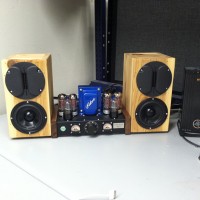 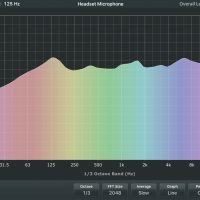 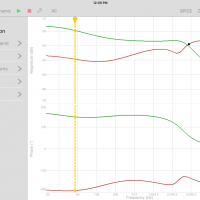 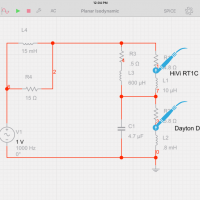 Project Description:
This project is called the Coley P4 and is a very small “executive” speaker system designed for use with the Coley W210 stereo 10W amplifier. It uses a 4” Dayton woofer, HiVi planar isodynamic tweeter, first order series crossover and a somewhat unusual passive bass boosting circuit. Every effort was made to make these speakers as unobtrusive as possible, consistent with the intended purpose as a desktop system. Extensive use of SPICE modeling was performed to optimize the crossover design using commercially available components. Some driver efficiency was sacrificed in the design to gain extended low frequency performance.

Design Goals:
The objective of this project was to produce an excellent sounding speaker in a very small package for use as desktop speaker in the workplace.

Driver Selection:
The drivers were selected to be consistent with the requirements of jazz music, my primary listening genre. The bass had to be low enough to clearly reproduce an upright bass while the tweeter had to be delicate and transparent for cymbals and female vocals. For these reasons, the Dayton DS115-8 and HiVi RT1C-A were the selected drivers.

Enclosure Design:
Since several people in my home and office have asthma, I chose not to use MDF due to the possibility of formaldehyde emission. Solid 1”x6” cedar planks were used in a 12”x6”x6” enclosure. The cut boards were then butt mounted, trim nailed and sealed with natural wood glue. Once dried, an orbital sander was used to sand the entire box flat and the cabinet finished with only natural tung oil. Great care should be taken during assembly to not accidentally split the lumber. A more skilled carpenter could easily dovetail the box joints for a much more finished result.

Since the box was made without a removable baffle, the crossover components are next mounted and wired through the driver openings. Once the wiring is complete, the enclosure is completely filled with Polyfill which serves to both dampen the natural resonance of the cabinet as well as reduce the internal velocity of sound by about 20%.

Crossover Design:
Since I personally like the sound of first order series crossovers, this topology was chosen. The normal difficulty in designing series crossovers is greatly simplified by using SPICE to simulate the crossover performance in conjunction with the lumped inductance and resistive loading of the speaker. Final tweaking is still by ear but the SPICE model can zero-in on a workable design much sooner than simply trial and error. The unusual addition of an RL network in series with the speaker produces a 6dB/octave rolloff, effectively boosting the bass of the little woofer. In designing this, the L value largely determines where in frequency this occurs and the R limits the depth. The sweep curve shown in photos definitely shows a rolloff below 100Hz but this would be far worse without the bass boosting circuitry.

Tips & Tricks:
It is definitely not necessary to use natural wood; MDF would work equally well or better if allergies were a non-issue in your home. A slightly larger enclosure would extend the low frequency response but a substantial increase in enclosure volume will require tweaking the bass boost circuit.

Conclusion:
The speakers perform very well and are on my desk at work paired with my W210 tube amplifier. I almost exclusively listen to jazz music and the bass is more than adequate without the booming that would be common if I let the enclosure Q run too high. The HiVi planar isodynamic tweeters provide realism and crisp highs to cymbals and female vocals.