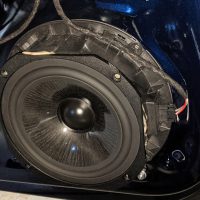 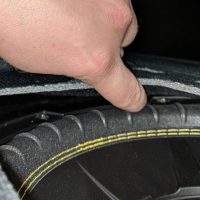 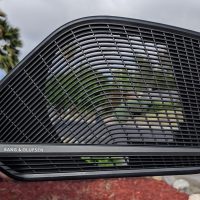 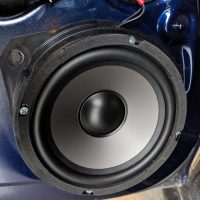 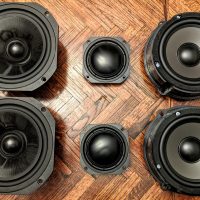 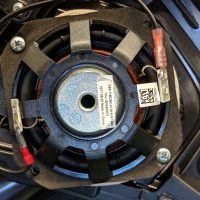 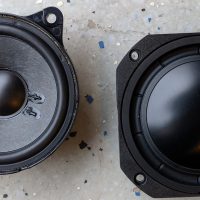 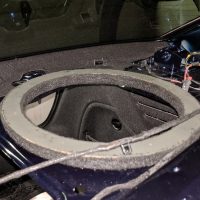 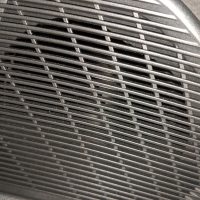 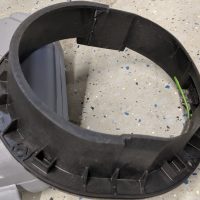 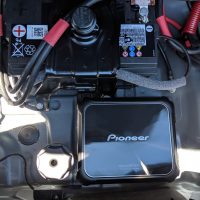 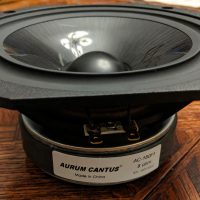 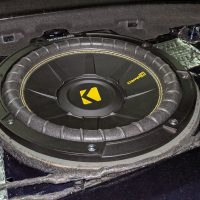 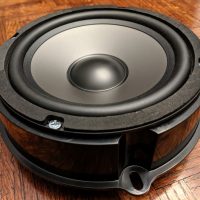 Project Description:
Despite having quite a large number of drivers and equal amounts of hype, I found the Bang and Olufsen system in my new Audi quite disappointing. Since most of the drivers are poor quality separates and many are odd sizes and some are 8 ohm, very little from the car audio world can be used. I replaced the 4×6″ 8 ohm horn loaded woofers and 4″ mids in the front doors, and the 6.5″ woofers in the rear doors. The rear door tweeters were just fine so I left them alone. The front pillar tweeters are rolled off at 10KHz inside the amp so replacing them won’t yield much benefit. The factory 10″ rear deck subwoofer was terrible and it can easily be replaced by most free air 10″ DVC 4ohm subwoofers. In the end I also added a Pioneer GM-D8701 amp to drive the sub tucked under the spare tire. The factory amp drove the sub just fine but I needed to reduce the low pass filter point to 45Hz.

Before starting the project I measured each driver in car the best I found with a Dayton Omnimic. To isolate the drivers, I put the microphone through the hole in the base of a clay flowerpot lined with foam on the inside and then wrapping a towel around the outside. Even then total isolation was pretty difficult on a couple of drivers, but I was able to get a useful view into the frequency range of each driver. One side note was the front door 4×6 woofers which are actually driven to 43Hz but can’t play anything below 58Hz. I only noticed because the 50Hz test tone on the Dayton test CD made that speaker vibrate.

Enclosure Design:
I mounted the new drivers into the factory locations, so no enclosure design was needed. However the front door woofers required significant work which seems to fit in this section. The original speakers were rear facing into a horn that directed the sound towards the inside of the vehicle. After removing the drivers, I cut the top surface flat so I could mount a normal round driver onto it while utilizing the factory screw mounts and wiring harness connector.

The front door woofer also had only a 4×6″ opening in the grille, even though the fake grille marks are 8″ in diameter. I opened the closed holes above the new woofer so it wouldn’t be too restricted, but would still be strong enough to deflect any foot that bumped the door there when people were getting in and out.

Front door midranges bolted up to the factory location with spacers and some gasket material around the edges.

Crossover Design:
I used the built in crossover points from the factory amplifier.

Tips & Tricks:
I strongly encourage reading my spreadsheet with my test data before starting down this project:
https://docs.google.com/spreadsheets/d/1ftkRt8rz1ZgtTtAs-NRYAIkHbtRuhX2cu702CeuqhVs/edit?usp=sharing

Add sound dampening material inside the panels while you are in there.

Conclusion:
Sound quality was massively improved. Bass guitar, cello, the bottom quarter of the piano all sound great. I had to lower the subwoofer crossover point because the Arum Cantus woofers played so well down the the factory cutoff of 43Hz that they were creating a strong overlap band from 43-70Hz. I should have made my life much easier if I had used a 6.5″ woofer rather than the 7″ as the woofer I chose required extensive cutting and grinding inside the door panel.

The peerless 4″ dome midrange is the real star of this show. The sound quality is simply unbelievable. The dome shape creates incredible off axis response that fills the entire front seat area with perfectly imaged sound FAR better than the fake 3D effect the car has build in. (I disabled all the 3D effect features that I could in software). The peerless midrange is bright and authoritative but NEVER harsh and brings out details in the music so tiny that you probably didn’t even know where there. For example, if I played “The Wind that Shakes the Barley” by Dead Can Dance, on the factory speakers you hear a woman singing punctuated by painful passages. On the peerless midrange, you hear the echos off the walls and instantly recognize it as a large church and her voice is always smooth and pleasing, even when she really raises the volume. I don’t think this driver gets near the love that it deserves.

The standard $6 6’5″ rear door woofer continues to be a crowd pleaser and meshes perfectly in the rear door with the rest of the system. Don’t be scared of the price. There’s a reason why you keep seeing this woofer in so many projects. I always keep a pair on hand in case I need another set and Part Express finally runs out of them.

Some day I may revisit this project to replace some of the surround speakers that can’t fully be turned off like the rear deck 4″ full range and the center channel 4″ woofer and 1″ tweeter. It’s low priority since these speakers don’t contribute that much to the overall project.

About the Designer:
I grew up in the Mojave Desert in a small community of scientists, craftsmen, and engineers. We were the kind of people who didn’t accept “it’s impossible” or “you can’t do that”. If I want something that doesn’t exist, I’ll just make one. Now I’m a thermal engineer in the computer industry and I currently hold six US patents.