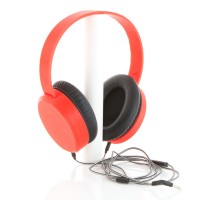 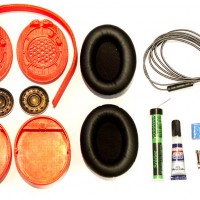 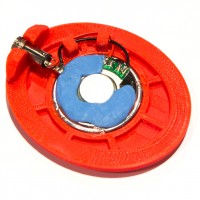 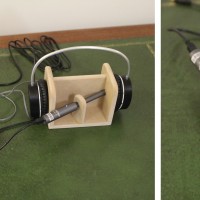 Project Description:
A while ago I was wondering whether it was possible to make a great sounding pair of 3D printed headphones using readily available off the shelf drivers. There weren’t many people who had done so on the internet, and there were few resources available on how to make headphones sound great, so it ended up being an awesome project!

Using Dayton Audio CE38MB-32 drivers, my first pair were a very simple open back design, built to validate whether or not headphones were ‘do-able’. They sounded great, but once I built a closed back design, things didn’t sound so good! I then built a frequency response test rig (see photos) and explored the effect of all the design variables. All my findings can be found at www.homebrewheadphones.com

The test rig uses a flat plate rather than human ear shape (that will be on the next version!), so is somewhat limited in its findings, but was extremely handy nevertheless.

The final headphone design incorporates all the findings from my testing. It also includes a 3D printed adjustable headband and removable cables.

The parts for a build cost around $35 in total.

Design Goals:
I wanted a design for which as many of the parts as possible could be 3D printed, and the ones that couldn’t (eg drivers, cushions etc) to be cheap and readily available. Needless to say, the sound had to be great too.

Tips & Tricks:
In a closed back housing, the Dayton Audio CE38MB-32 drivers give way too much bass relative to the treble. I found that blocking all but one of the holes on the back of the drivers reduced their low end frequency response, making the overall frequency response curve much flatter.

Spot gluing the drivers in (rather than gluing around the entire perimeter) also helped flatten the frequency response curve.

Conclusion:
It took a lot of work and testing (to understand how the design variables affect the sound), but I am very happy with the result, both in terms of how they sound and look.