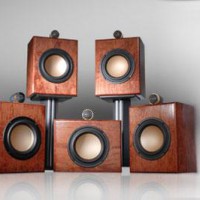 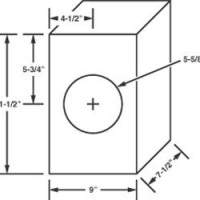 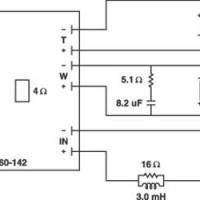 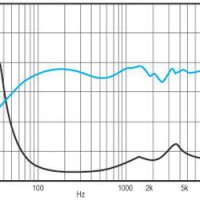 Driver Selection
The driver selection was much easier than determining the enclosure design. I consider myself an audiophile, so the drivers had to be accurate. I selected the Hi-Vi TN28 fabric dome tweeter because it offered accurate sound reproduction combined with styling that would allow me to imitate (and therefore flatter) the B&W 805S design. The sound pressure level (SPL) vs. frequency response graph published by Hi-Vi indicated that the TN28 was relatively flat from 2 kHz to 20 kHz, producing approximately 88 dB. I used the tweeter’s 88 dB SPL as a guide for selecting a 6″ midbass, and quickly identified the Hi-Vi M6N as an excellent candidate. Since this was my first speaker design project in many years and easily the most complex, I decided to purchase a Dayton TITSK-10K Titanic MKIII subwoofer kit. Assembly of the kit took about two hours and the subwoofer sounds fantastic. I would highly recommend simplifying any surround system design by adding the Dayton subwoofer kit!

Amplifier/Crossover Configuration
Like my decision to purchase a Dayton Titanic MKIII Subwoofer Kit, I also decided to simplify the crossover design by selecting an existing crossover that complemented the driver selection. Dayton’s XO-2W-2.5K 2-way at 2,500 Hz is a second order 12 dB/octave crossover well suited to the SC-5.1 design, since the Hi-Vi M6N is relatively fl at up to 3,000 Hz and the Hi-Vi TN28 is good down to 2,000 Hz. Thanks to suggestions from Mike Van Den Broek and Brian Myers at Parts Express, I added a contour filter consisting of a 3.0 mH inductor paralleled with a 16 ohm non-inductive resistor, wired in series between the speaker input terminals and the Dayton crossover. They also recommended adding a conjugate filter consisting of an 8.2 uF capacitor in series with a 5.1 ohm non-inductive resistor, wired in parallel between the crossover and the woofer. And although the woofer is rated at a nominal 8 ohm impedance, they deduced that the best results are achieved by using the 4 ohm tap on the Dayton crossover.

Conclusion
I actually built two full sets (ten speakers, total) and gave one set to my brother Kevin. He connected his to a standard Sony surround receiver and commented that the speakers were noticeably less effi cient than the Sony speakers that accompanied his receiver; in other words, the SC-5.1 speakers required more power to produce the same amount of sound as the Sony speakers. He further stated that the SC-5.1 speakers sounded amazing, were extremely detailed, and that they made the Sony speakers sound like tin cans on twine. I connected my set of SC-5.1 speakers to a new Emotiva DMC-1 processor and MPS-1 amplifi er with no previous reference speakers. My old “Hi-Fi” set was a DJ amp and two EV-1502 speakers. I’ve found the SC-5.1 to be very accurate and easy to listen to. Bass is well-developed when integrated with the previously mentioned Dayton Titanic Subwoofer. The system’s sound stage is expansive, vocals float effort lessly through the air, and cymbals and bells are presented as if they are right there in the living room. While listening to one of my favorite jazz songs, “Take Five”, I closed my eyes and was able to place the physical position of each instrument. Other listeners, including Dani (my wife), Jane (good friend), and Josh (fellow Audiophile) commented that the SC-5.1s are warm, inviting, and appear to reproduce sound effortlessly. Unfortunately, I don’t possess any audio test equipment so audition reviews will have to suffice for now.

About The Designer
Tom Lawler is a 30-something computer scientist who resides in Connecticut and is responsible for system administration, network security, and data analysis. In December of 2006, a friend gave him a copy of AudioXpress magazine and said, “I think you might be interested in this”. Tom suddenly remembered that he had loved speaker and amplifier building as a kid, and reinvested himself in the hobby. When not building speakers, he is restoring a collection of approximately seventy-five pre-war (1930-1940) vacuum tube radios. Tom’s next project will probably be a “from scratch” pushpull vacuum tube amplifier using NOS Raytheon 6336B tubes (30 watt dual triodes), which will of course lead to another speaker project to complement the tube amplifier.