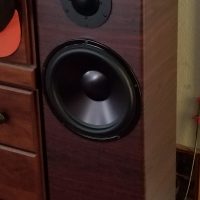 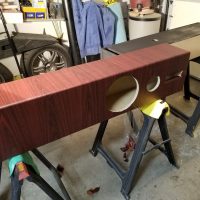 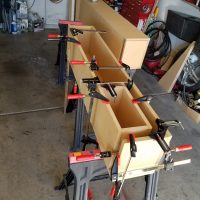 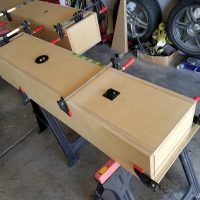 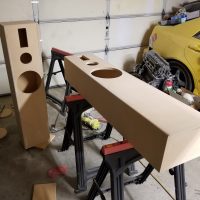 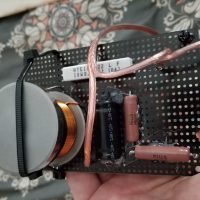 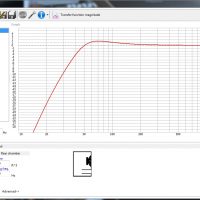 Project Description:
Three-way towers for bedroom. I like the detail in planar speakers and I’ve used this dome mid before and liked it. Though I should try a combination of the two.

Design Goals:
Tower speakers for music and movies. Good dynamic response and clear detail. Solid bass response down to below 40Hz. Will build a sub later for lower frequencies. The tweeters had to end up a t a specific listening height as the vertical dispersion is limited on these.

Tips & Tricks:
Cabinet construction was pretty straightforward. Tall tower with rear low port. No separate enclosures were needed for the mid & tweets as they have sealed backs.

Conclusion:
This was the first 3 way setup I’ve done in a long time so I was expecting a little trial and error with tuning. One if the reasons I used an L-pad attenuator on the tweeter.

After initial listening and checking with the RTA I was able to determine this would benefit from a series notch filter on the mid-range as the resonance was less than an octave from the crossover frequency. This made the vocals more balanced and detailed. One day I may just make full custom crossovers for these.

Post woofer break-in these have great detail with music and incredible dynamic range with movies.

About the Designer:
Went to school for audio engineering 25+years ago. Still like to do projects when the opportunity arises.