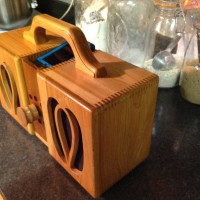 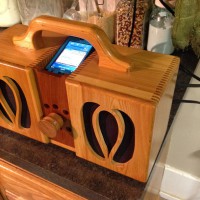 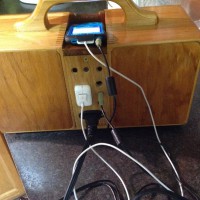 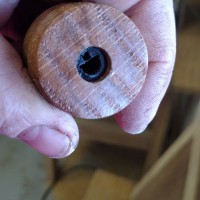 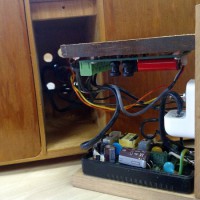 Concept
It has been many years since I have built an audio project, but at one time I was quite active on the PE board. Back then guys like Wayne Jasche, Dan Carrol, Paul Holsopple and the gang were on the board…I spent most of my time reading rather than responding! I used to have my own speaker building website, and even have one of my old projects in the Project Showcase http://www.parts-express.com/project-gallery-speaker-project-v-d-vifa-dayton-2-way-monitors

By the way, the old Vifa-Dayton monitors are still being used, with the exception that the speakers now live in a TQWP I whipped up with Martin King’s Math CAD models. Those P17’s were always a little light in the loafers and the pipe really helped them out.

Fast forward about 12 years and I recently found an excuse to stick my toe in the DIY audio water again. Unfortunately I didn’t do a good job documenting the build on these, but what I am presenting here is aimed more at inspiring someone rather than giving step by step instructions on a build.

My lovely wife is addicted to audio books. This I don’t mind at all; what drives me nuts is that she listens to them on the built in speaker that is in the iPod. For an old “Golden Ear” like me this will never do! Only the rich sound of a rocking 3” driver will suit my eclectic tastes…

I had the idea of building something that would look like an old radio and just went from there. The cabinet is pretty straight forward and is made from 3/8” old growth pine that I pulled out of the garbage. I finger jointed the edges with 1/8” finger joints using a jig I built from woodgears.ca

Components
As for the components I looked through the buyouts and bought a couple of the Fountek FE83’s and a TriPath TA2024. So far only about $25 bucks in the hole.

Normally I would fire up WinISD and design the cabinet, but nowadays PE is giving out suggested cabinet sizes with the drivers. I went with the suggested 2.2L cabinet tuned to 90HZ. I used an online calculator to figure out the port parameters; mine is made from 1” PVC pipe. The port is in the front and is hidden by the grill. I used a handfull of Acousta-Stuf to line the cabinet with and sealed all the corners with silicon adhesive.

The TA2024 is powered by the guts of an old wall wort that put out 12V, 2 amps. I switched the 120v into the power supply with an old on-off volume control I scrapped out of a 1970’s stereo. The knob for the volume control was turned on the lathe. I cut up the original volume control and epoxied the part that goes on the shaft into my turned knob.

I also glued in the USB charging port that came with the iPod and hard wired it to the power input. The batteries in these things aren’t long lived when you are listening to stuff over the Internet, and this will keep it going.

Conclusion
So how does it sound? Much better than the crappy old radio it looks like. It really sounds nice on vocal things like barbershop quartets, folk music, bluegrass and other acoustic music that we typically listen to. I prefer single drivers for listening to spoken word type things and that is generally what these will be used for. My in laws have one of those “Wave Radio” things, and this sounds similar. As far as rock music goes they do a passable job, though banging your head and cranking up the “Quit Riot” is not really what these things are about!

About Designer
My name is Dave, and I am happily married with two children, 30 chickens, 2 rabbits, an orchard, and a 115 year old farm house that we are renovating. In my spare time I work at a county library system managing the IT and Facilities Departments.