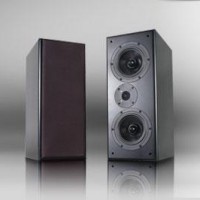 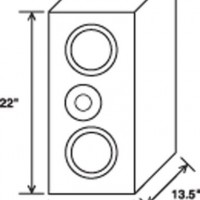 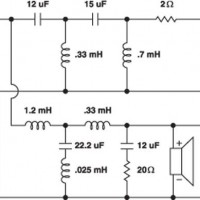 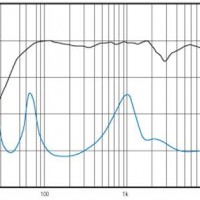 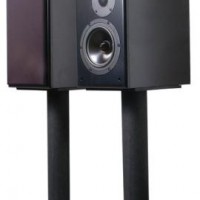 Driver Selection
The Reference Series tweeters have a 4 ohm impedance, which keeps their sensitivity as high as possible. They are rated at approximately 91 dB of output at 2.83V/1m, which is high enough to work with two of most woofers, once baffle step compensation is factored in. So, the first thing I knew was that to get the most out of the tweeter I would want an MTM or a TMM design. The RS tweeters have the ability to play lower than many other typical dome tweeters, so I wanted to be sure to put this low-end extension to the test. I knew that there was no point in using a smaller diameter woofer since good high-end extension and dispersion were unnecessary. I decided that a pair of Dayton RS180S woofers would have the output levels, low-end extension, and would require a low enough crossover point to really give the RS tweeters a good workout. With the woofers being magnetically shielded, I decided to go ahead and build the design with the shielded tweeter.

Enclosure Design
For simplicity’s sake, I chose to use the 1.0 cu. ft. MTM finished speaker cabinet in gloss black. This is tuned to 40 Hz via a 2-1/2″ diameter by 7″ port. I would call this a “high-output” alignment, which in an actively-XO’d home theatre system should be able to produce over 110 dB of output with no overexcursion troubles. The higher low-end cutoff also allows these speakers to blend well into smaller listening rooms without excessive room gain. I figured from the beginning of this design that it would be most likely replicated as a floor-standing tower. So, as part of the crossover design process, I actually did most of the testing and optimizing as if the speaker was a tower. This does not mean that the stand-mount version is sub-standard, but rather that the design is suitable for either confi guration. So, don’t hesitate to adjust the box dimensions and tuning to your own taste, my only advice would be to try to maintain roughly a 9″ wide baffle. Since I figure this will be popular as a tower, I went ahead and modeled a couple of floor-standing variations just to give people an idea of the alternatives. One is a “standard” alignment that has good bass extension but still a relatively compact size. This is 1.2 cu. ft., tuned to about 38 Hz via a 3″ x 8.5″ port. Using 3/4″ MDF, this would translate into a cabinet of roughly 9″ width, 40″ height, and 9″ depth, externally. A larger “extended bass” version of the tower would be approximately 1.7 cu. ft., tuned to 35 Hz via a 3″ x 6-1/2″ port. Again using 3/4″ MDF, this cabinet would measure roughly 9″ wide, 40″ tall, and 12″ deep. Note for these larger cabinets, a 3″ diameter port is preferred, and a 4″ port is an option if you are going to be running the speakers at high power.

Amplifier/Crossover Configuration
Traditionally, the rule of thumb has been that crossing to a woofer as low as possible is best. In some respects this is a good rule because it helps avoid breakup and “grunge” from the woofer, and can improve off-axis dispersion. However, some care must be given to low-crossover-point designs to avoid “hot spots” in the off-axis response that can occur as the tweeter begins to pick up in the critical upper midrange region. This extra off-axis energy, usually in the 2-5 kHz range, can be refl ected back to the listener and can quickly create an overall system balance that is harsh and fatiguing. During the crossover design of this system, I paid extra attention to off-axis measurements to assure that the overall in-room response of the system was well balanced. The crossover between the woofers and tweeter is at about 1,650 Hz. This low crossover point required using steep slopes to help protect the tweeter from overexcursion. The tweeter uses a relatively standard fourth-order electrical fi lter and a small padding resistor to achieve its eventual target 4th order roll-off. The woofer uses a third-order electrical crossover plus a conjugate network to achieve its 4th order roll-off. A small inductor in series with the shunt capacitor acts as a trap for the upper end woofer breakup, which ends up about 50 dB below the reference level. Baffle step compensation is built into the third order low-pass filter. The overall frequency response of the speaker is quite flat; though a somewhat exaggerated BBC dip was built into the on-axis response to achieve the desired off-axis performance. Despite the depression around 3k, the overall apparent response of the speaker in a “real” listening room should end up +/- 1.5 dB or so throughout most of the operating range.

Enclosure Assembly
The gloss black pre-finished cabinet was a great match to the woofer and tweeter in this design– the varying shades of black provide an interesting though somewhat subtle contrast. The only modifications to the stock cabinet were adding a hole for the port and making the driver cutouts on the baffle. Since the port I used was our 2-1/2″ adjustable port, the cutout needed to be 3″, which I cut in the back with a hole saw, 6″ down from the top. For the front baffle, I cut the driver recesses with the Jasper Circle Jig. The woofers are spaced 11-1/2″ center-to-center, and the tweeter is offset by 3/4″. The woofers require a 7-1/8″ recess and a 5-7/8″ through-hole; the tweeters require a 4-1/8″ recess and roughly a 3-1/8″ through-hole. You may need to cut some small “ears” in the tweeter through-hole to allow room for the terminals.

Conclusion
The main goal of this design was to evaluate the performance of the new Reference Series tweeters, and I think that this design definitely put them to the test. From a sonic standpoint, the tweeters offer extremely clean and detailed sound, particularly in the lower treble. The top end performance is good; the natural dip between 15k and 18k does not seem to detract from the upper-end extension. One of the attributes of this tweeter that is very interesting is that it does not suffer from any “metal dome” sound. In a blind listening test, I don’t think that many people would be able to call this tweeter out as a metal dome. The RS tweeters seemed to handle their low crossover point with ease; even at high listening levels, I could detect no signs of strain. So, I would give these tweeters the “thumbs up” to crossover points below 2k. It’s tough to make a lot of general comments about the speakers; I feel that they do very well in just about every respect, and I cannot pinpoint any particular problem areas. Relative to other speakers I’ve heard recently, I would say that these excel at their imaging abilities and also in their great dynamic range. They can easily disappear into the room, but at the same time have an outstanding ability to precisely recreate anything from extremely quiet passages to full-orchestra crescendos. Every time I sit down to listen, regardless of the music selection, I seem to quickly and easily get pulled into the music. All in all, these are some of the best all-around speakers that I have heard in the DIY community in a long time, and I think they would easily match or outperform all but the most expensive audiophile loudspeakers.

About The Designer
Darren Kuzma has been building speakers for many years, and says “I learned the most by talking to other speaker builders, reading, doing experiments, and by trial-and-error. There’s nothing like getting your hands dirty, that’s why they call it DIY!”