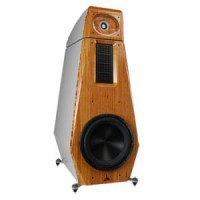 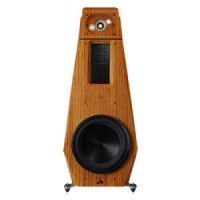 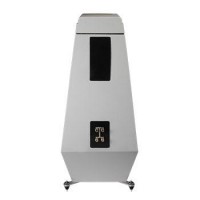 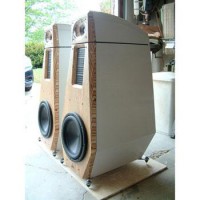 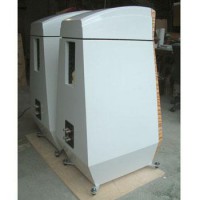 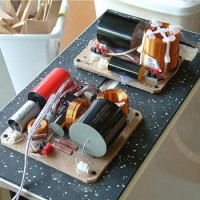 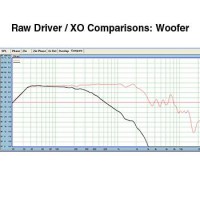 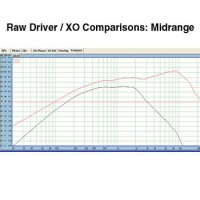 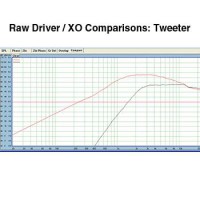 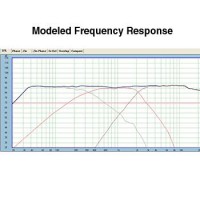 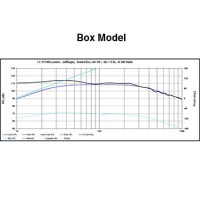 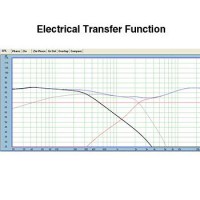 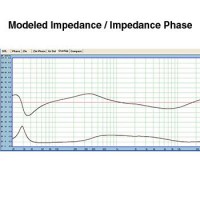 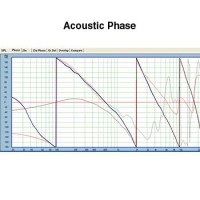 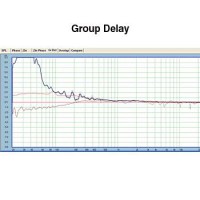 Driver Selection
Woofer: TC Sounds, TC1000 12″ This is a driver I’ve owned for awhile, though they have not been available for a number of years. That said, it is likely these could be replaced quite readily by the Dayton Audio RSS315 HF subwoofer. The TC1000 is a high excursion (25mm Xmax) 4 ohm subwoofer. However, it measures extremely well, virtually flat from 40hz (sealed) to well beyond 1000khz. The 1m/2.83v sensitivity is indicated at around 87db using a 0.52 ohm series resistance. The woofer is placed near the floor in this design and on a baffle that is 16″ wide at its widest. This offers the opportunity to include little to no baffle step, except what occurs from the DCR of the low pass inductor. The box is about 90 liters and sealed. Modeling with Jeff Bagby’s Woofer Box Model and Circuit Designer indicates an F3 of around 28hz. When including room modeling from Jeff’s Diffraction and Boundary Simulator the expected in room performance suggests an F3 of around 18hz. The simulated response has yet to reach f6 at 10hz. It can handle over 500 watts of power and still not reach excursion limits. A sealed box was chosen, in part, for improved transient response, which allows the woofer to keep up with fast transients of the open back planar mid and tweeter, resulting in a seamless transition as one driver crosses over to another. Midrange: BG Neo10 planar The Neo10 is the latest large format planar driver from Bohlender and Graebener. It has been designed to increase power handling, low end performance, and sensitivity over previous models, while keeping distortion low and maintaining great transient response. The Neo10 is implemented in an open back configuration. This allows for some adjustment of midrange energy through stuffing manipulation. The open back configuration provides a substantial increase in soundstage width and depth, at no apparent loss of imaging. It also eliminates the coloration/boxy sound that can sometimes be observed in sealed enclosure midranges. The Neo10, perhaps due to its fast transient response and open back implementation, delivers a most realistic, live sound. Tweeter: Transducer Lab N26C-A The N26C is a high purity, molded Al2O3 Alumina ceramic dome tweeter, designed / assembled / tested in the USA, utilizing CNC machined metal parts, a double magnet design, decompression chambers, a fiberglass-under-hung voice coil (1mm linear excursion), silver terminals, with a response range of 950hz – 45khz. They are sold in pairs that are frequency matched to +/- 0.75db. This already low distortion tweeter is implemented in an elliptical waveguide. It is approximately 1.5″ deep x 5″ tall x 6″ wide and provides a low end boost exceeding 10db. When this boost is equalized out in the crossover, distortion is lowered even further while significantly improving tweeter headroom, allowing substantially increased SPL levels without noticeable strain. In addition, the waveguide provides controlled directivity of tweeter while matching the directivity of the midrange at the crossover point. This ensures an improved and much flatter power response compared to traditional flush mounted tweeters. It also makes the speaker less sensitive to room placement, with a wider sweet spot.

Enclosure Design
Woofer/Mid Box Construction: The woofer box is constructed using MDO plywood. This plywood has a thin layer of MDF-like material on the outside layer that does not chip out or splinter when cut and makes it easier to paint or veneer than other plywood. It is also much lighter than MDF. The joints around the sides and top are all miter joints, so there is no telegraphing of the joints through the paint. The rear panel is dadoed into the sides and a layer of 10 mil paper back veneer was added over the back to reduce telegraphing of these joints. A matrix of closely spaced, 1/2″ window-type bracing is utilized to ensure that unsupported panels are small, approximately 5″ or less. The bracing system is tied together vertically and horizontally in the box and dadoed to the sides and to each other to increase the glue surface area. One-quarter inch thick rubber tiles have been adhered to the side walls to add some mass and further diminish potential vibrations. The many angles to the cabinet sides are for more than aesthetic reasons. They reduce the effect of diffraction and allow the speaker’s mass to be located near the floor where it is less visually intrusive in the room. Further, none of the cabinet sides are parallel except the top and bottom. When combined with stuffing, this reduces or eliminates standing waves inside the cabinet, ensuring that only the drivers are heard, not the box. There is a full 1/2″ backing piece behind the laminated baffle that ties the cabinet together with the bracing. The baffle itself is 1-1/2″ wide strips of the MDO plywood laminated with the edge grain out. It was then sanded at a local mill to 1-3/8″ thick. The drivers are attached directly to the front baffle which is kept floating above the speaker body with 3/4″ wide x 3/16″ thick weather stripping. This is intended to limit vibration transfer from the baffle to the box and also allow for access to the rear mounted drivers. By mounting the woofer near the floor, the woofer’s floor bounce null, experienced at the listening position, is pushed much higher in frequency, well above the crossover point and into the stop band of the woofer. The woofer appears larger and more substantial when mounted on the baffle surface for a better visual balance with the wider baffle. Tweeter Box Construction: The tweeter box is constructed using the same MDO plywood, with the exception of the curved top and side sections. The top was created by laminating 6 pieces of 1/8″ Masonite, using strap and traditional clamps to form it over the box. TiteBond III was utilized throughout. The tweeter box is held in place over the woofer/mid box by using cap head screws and threaded inserts, with the screws accessible from inside the midrange’s rear tube. There is a 1/4″ piece of rubber tile spacer between the woofer/mid box and the tweeter box to help isolate it from vibrations. The woofer and mid/tweeter crossovers are housed on separate boards that are screwed to the top of the woofer/mid box through the rubber tile. The baffles on both the woofer/mid box and the tweeter box have large facets to further reduce the effect of diffraction.

Amplifier/Crossover Configuration
Crossover points are at 325hz and 2100hz. The woofer to midrange acoustic slopes are approximately 15db/octave, halfway between second and third order. The midrange to tweeter acoustic slopes are approximately 24db/octave. The response models at +-1db from 40hz to 14khz, where the tweeter begins to roll off in the upper half-octave. Due to the increased rear radiation of the open back mid, the midrange is slightly depressed in the crossover design. However, the relative level of the mid is somewhat adjustable to fit an individual’s sound or musical tastes, room response or speaker placement by altering the amount and/or type of stuffing in the open back enclosure.

Conclusion
Thanks to fellow DIYers who lent a hand to this project. Dave Pellegrene and Dan Poinsett provided waveguides for testing with various tweeters. One of Dave’s was implemented here. Thanks also to Jeff Bagby for directing me to the close-out source for the woofers a couple years back and for the software he created that was used to aid in this design. Ben (Wolf) Shaffer suggested the names, Echelon for the WMT and Echelon Fortissimo for the upcoming WMTM version.

About The Designer
Dan Neubecker is a Landscape Architect who lives with his wife in Bloomington, Indiana. He is a graduate of Michigan State University, but became a converted Hoosier fan after residing in Bloomington since 1979. He has no training or background in electronics, but has had a passion for audio since his college days. Besides loudspeaker design, Dan enjoys golf and has been a golf club maker for many years.