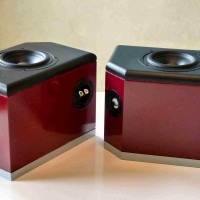 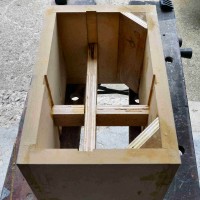 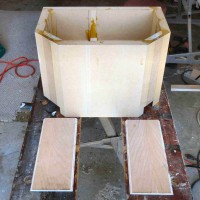 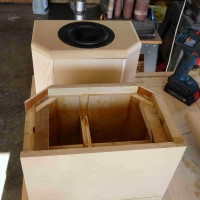 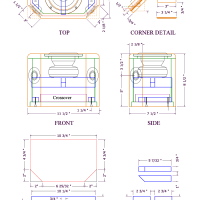 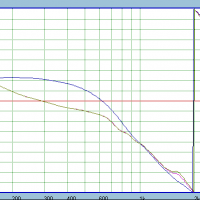 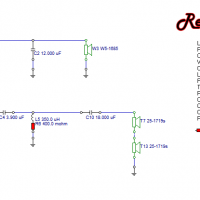 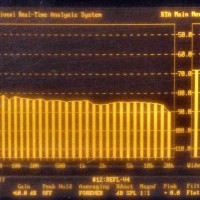 Project Description:
The Reflexions are a two-way, wide dispersion speaker designed to be placed on or very close to the wall. Due to the woofer and dual tweeters orientations, expectations are for a diffuse, but enveloping soundstage. They were initially contemplated as surround speakers; however, my speculation was that they might work well as small mains for smaller rooms or as great alternatives to soundbars. Being only 7.5” deep, 8.5” tall and 11” wide, they can hang on any wall or shelf with the space above open, or on the table adjacent to a flat panel TV sitting close to the front wall.

Design Goals:
The main goal was to design a compact, wide-dispersion near or on-wall mount. They are inspired by the Allison 4 speaker introduced in the late 70’s-early 80’s. The up firing, near wall presentation of the woofer is vintage Allison 2-way and combined with the dual tweeter layout, they made the four’s one of Roy Allison’s favorite 2-ways, not to mention the favorite 2-way of many Allison aficionados.

There are potential disadvantages of using widely separated dual tweeters, most likely revolving around the possibly of cancellations as you move off center. The question is not if there will be measurable cancellations up close, but are those significant in the far field? Some of the advantages are dual tweeters work half as hard to cover the same frequencies, dual motors are better for power handling and, in this orientation, make for very wide dispersion. Due to the up-firing woofer and wide firing tweeter positions, power response at the seated position is anticipated to be quite smooth. This driver orientation should be able to avoid the typical mushroom shaped power response that you get with all direct firing drivers. The near wall and up-firing position of the woofer combine to eliminate the notch in frequency response that most traditional stand mount or bookshelf speakers have. This approach will get the most sensitivity possible out of the design because the woofer d oesn’t require baffle step compensation due to the near wall configuration. Further, the near wall orientation significantly extends and enhances the bass frequencies, while allowing for a small sealed package.

Driver Selection:
Woofer: The proposed woofer is the Tang Band W5-1685 5” midbass driver. This paper cone driver has a massive magnet for a 5” woofer. Sensitivity will hopefully wind up around 87- 88 db 2.83v/m. The driver has a flat, extended response. It has a rise in frequency response toward the lower frequencies. This may allow this speaker to work reasonably well even when placed away from the wall.
http://www.parts-express.com/tang-band-w5-1685-5-underhung-midbass-driver–264-873

Tweeter: The dual tweeters are the Tang Band 25-1719S 1” Ceramic Dome. These tweeters have the benefit of a very small footprint, with neodymium magnets and a small face plate and should support a crossover point in the 2.3-3 kHz range. They will be wired in series as they are nominally 4 ohm drivers.
http://www.parts-express.com/tang-band-25-1719s-1-ceramic-dome-tweeter–264-865

Enclosure Design:
The enclosures were created from modified Parts Express supplied Denovo Audio knock-down MDF .23c.f. cabinets. Modifications were made to increase bracing, retain a removable back/bottom panel and to add 45º panels on which the tweeters are mounted. The central cross bracing was designed to add support to the very heavy woofer and to help distribute vibrations. A strip of speaker gasket tape was applied between the back of the driver magnet and the bracing.

Attached are the plans that indicate the overall dimensions and alterations.

Enclosure Assembly:
Using these knock down cabinets allowed the project to come together quickly from a construction standpoint. Construction adhesive was standard Titebond wood glue throughout.

The 45º panels were created by gluing in corner spanning pieces and then ripping the corner off with a table saw. Then 1/4” thick plywood panel was glued to the raw cut mdf. I suggest you cut the tweeter openings in the 1/4” plywood before gluing it them to the box and then boring out the tweeter body opening with a forstner bit.

The reveal along the bottom was cut with a v-shaped bit. It was an aesthetic choice to hide the seam of the removable panel built into the one side of the Denovo cabinet.

The crossover was attached to the top of the removable bottom panel, which is held in place with cap head bolts and hurricane nuts.

A couple of layers of 3.5” Ultratouch denim insulation were added to the box. One on each side of the driver and then a layer between the cross bracing, above the crossover.

The finish was entirely painted, after applying some body fill and primer to seal the mdf and help hide the seams. The sides and bottom were spray painted with two colors of Krylon gloss paint. The top was finished with rolled on black Duratex.

Crossover Design:
Crossover point ended up at about 2200 Hz, with approximately symmetrical LR4 slopes for both the woofer and tweeter. The drivers are wired in standard polarity, with the tweeters wired in series.
A small cap is paralleled with the series resistor on the amp side of the tweeter crossover to lift the upper end of the tweeter response. Though the MLS measurements indicate a notch in the response in the upper octave, the RTA measured in room results indicate that this does not occur at the listening position. The in woofer inductor is an 18 gauge air core. The tweeter inductor is a 20 gauge air-core. All caps are polypropylene. Power response is quite flat, with a slight slope downward as frequency increases, as evidenced by measured RTA in room results. Impedance is quite flat, ranging from about 5 to 16 ohms throughout. Impedance phase stays very smooth and roughly +30º to -20º above 120 Hz.

Tips & Tricks:
Chamfer the backside of the woofer opening between screw positions to make sure the woofer has room to breathe

Conclusion:
This was a relatively easy build and the sound these little guys put out is impressive. The low end is surprisingly strong and deep, given the 5” woofer in a sealed, 6.2 liter box, solid to at least 50 Hz when placed within 1” of the front wall, as designed. The soundstage is exceptionally wide, an interestingly, the imaging is quite sharp, not diffused as I anticipated. The dual tweeters allow the 2.2 kHz crossover to work very well, with no hint of strain. These speakers will work great for not only surrounds, but as mains for a smaller room implementation.