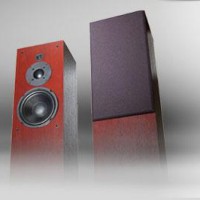 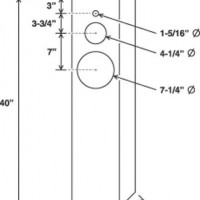 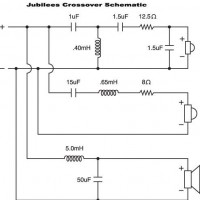 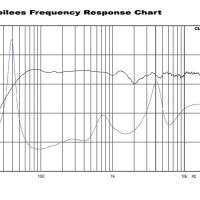 Driver Selection
In this particular design, a lot of the overall system goals were actually influenced by one of the drivers, the Peerless 2″ dome midrange. From my initial testing, I was immediately impressed by its smooth frequency response, and its apparent ability to work with a simple crossover design. Because of its slightly horn-loaded design, it is also more suitable for surface mounting than some other drivers, which could contribute to the simplicity of the cabinet construction. Since I had chosen to use a 2″ dome midrange, I knew that a large, robust tweeter was not necessary. Because of this, I decided to take advantage of the improved dispersion and “airiness” of a 3/4″ dome tweeter. The new Dayton ND20TA-6 seemed the best choice for its combination of very low cost, good high-end performance, and small mounting flange. Filling in the low end of the design, I of course wanted to take advantage of the dome midrange’s ability to work with a larger driver than what is found in most two-way designs. The Dayton Classic 8″ woofer was a great candidate because of its low cost, excellent reputation, and ability to offer strong bass in a relatively small enclosure.

Enclosure Design
The enclosure design is primarily dictated by the woofer selection and its desired low-frequency cutoff. I initially planned on making the enclosure a ported alignment, but after some research and testing, decided that a sealed enclosure would work the best at meeting my initial design goals. Knowing that to do a relatively low crossover point between the woofer and the midrange I would need to use a large value, high resistance inductor in series with the woofer, I had to factor this into the enclosure design. The extra ohm or so of resistance that the inductor adds to the woofer reacts to raise the QTS of the driver. Including this extra resistance and modeling the response in BassBox, I should achieve a sealed F3 of about 50 Hz in approximately a 1 cu. ft. enclosure, plenty low for most average listening rooms. I decided to use a slightly larger 10″ x 40″ x 9″ enclosure for cosmetic reasons, and with the desire to lean towards a lower Q design.

Amplifier/Crossover Configuration
In designing the crossover, I wanted to try to keep the parts count relatively small while taking advantage of the natural performance of each driver. By measuring the driver responses and using Soundeasy to model the crossover, I ended up with a crossover point of about 600 Hz between the woofer and midrange, and about 5 kHz between the midrange and the tweeter. Allowing the midrange to cover a fairly wide bandwidth enables a somewhat less-complex crossover, while at the same time providing great upper midrange clarity. All drivers are wired in the positive polarity, which just happens to yield the best response and phase coherency around the crossover points in this design. Note that the frequency response measurements show a dip around 2k, which is actually a result of the non-flush-mounting of the midrange. This dip quickly goes away off-axis, and as such, these speakers may best be used without “toe in” of the cabinets.

Enclosure Assembly
The enclosure is very simple in design and construction, and can be built from one 4 x 8 sheet of material. Since the largest panel sizes are relatively small, I decided that special bracing or joinery was unnecessary and that 3/4″ MDF was adequate. Simple butt-joinery construction was used, with everything being secured with yellow wood glue and a few brads. From my experience, using more elaborate construction techniques would only yield very small improvements in performance in this case, and simplicity was once again favored. Since the drivers would all be surface-mounted, I chose to cut out the cabinet holes using a compass and saber saw. After the enclosure was built, all of the interior joints were sealed with a latex caulk to prevent leaks. The upper portion of the cabinet behind the driver cutouts was lined with 1-1/2″ acoustic foam, and the lower portion was fi lled with approximately 1 lb. of Acousta-Stuf per cabinet. Be sure and “fl uff up” the Acousta-Stuf before you put it in the cabinet, 1 lb. should fill almost up to the bottom of the woofer hole. The cabinets were finished with the Parts Express cherry vinyl laminate, requiring two rolls to do both cabinets. It was applied by hand and the edges were trimmed with the Parts Express standard heavy-duty locking knife (#360-373). When working with the vinyl veneer or any veneer, I prefer to first cover the bottom panel, and then the back, the sides, the top, and then the front.

Conclusion
In terms of frequency response and measurements, this speaker system performs very well. The response averages about 84.5 dB SPL/1w/1m, and is within +/- 1.5 dB except for a slight roll-off above 16k Hz and the midrange diffraction dip. The impedance is very benign, just barely dropping below 8 ohms; pretty much any amplifi er should be able to drive these speakers with ease. I would estimate the system power handling to be about 60 watts based on the excursion limits of the woofer, and at this power the speaker should reach over 100 dB of output. Overall, I am very happy with the sound of these speakers, they offer full bass, a very clean midrange, and airy highs. I would not say that these are the most detailed or revealing speakers that I have heard; they offer more of a warm and smooth sound. Their flat frequency response is a bit of a double-edged sword though, and while it can make them sound exceptionally good on jazz, classical or other well-recorded music, it tends to make the speakers a little fatiguing on poorly recorded rock or pop music. I would be satisfied with these speakers for my own system, and think they would be great for everyday listening. For a speaker that is this inexpensive and easy-to-build, I don’t think you can expect more.

About The Designer
Darren Kuzma is a long-time speaker-building hobbyist who is known for his often unusual and unorthodox designs. Despite the fact that he often chooses unconventional enclosures or configurations, the speakers nevertheless deliver consistently good sound. Darren is an employee of Parts Express, where he is the Product Manager of the Speaker Building Products and he also moderates the Tech Talk board.