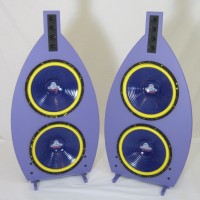 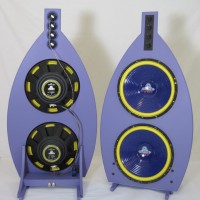 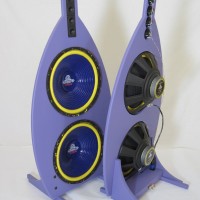 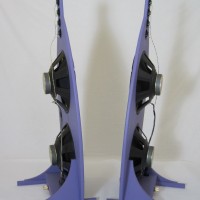 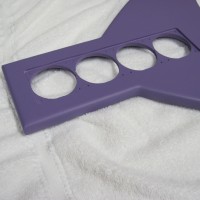 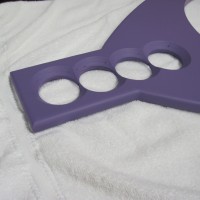 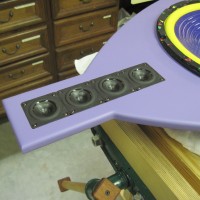 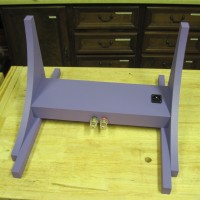 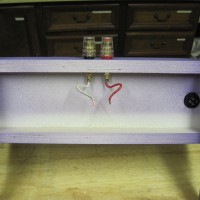 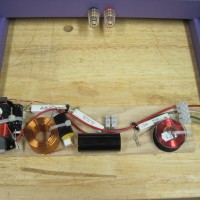 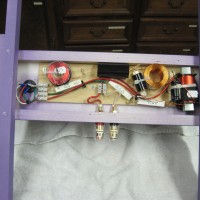 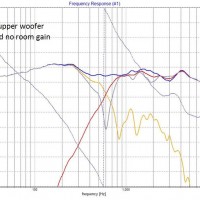 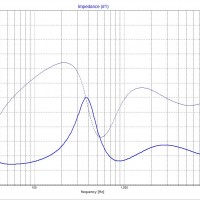 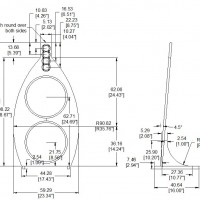 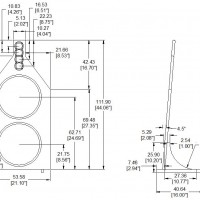 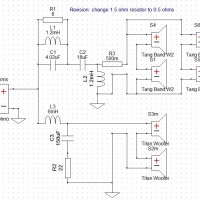 Design Goals:
The goal was to make something that would sound great with the Titan 15-inch woofer and be colorful. The design needed to be relatively easy and inexpensive to make.

Driver Selection:
The project started with the Titan 15-inch woofer. As these were going to be used open baffle, the dipole roll off meant at least 2 woofers are needed to reach reasonable volume levels. More woofers would have been better but this complicated the baffle design.

To keep the project simple a passive 2-way crossover design would be used. A small 2-inch full range driver would keep the directivity wide, but would have low sensitivity. This required the use of multiple mid-tweeters to match up with the Titan pair.

The Tang Band W2-1803S 2″ Neodymium Poly Full Range Driver, fit these requirements and had the benefit of an open frame due to the neo magnet. The TB W2-1803S also has a bit of a high frequency rise that would help with the off axis response.

Enclosure Design:
The open baffle is a single piece of ¾ inch plywood. The flat baffle eliminates cabinet resonances associated with other open baffle designs and makes for a simple passive crossover design.

The lower woofer is placed close to the floor to pick up some room gain. The narrow mid-tweeter baffle is used to keep constant directivity at higher frequencies.

The rounded baffle shape was chosen and as it’s more interesting than a rectangular slab of plywood. The shape can be changed but is critical near the mid-tweeters. An optional squared off shape is shown in the drawings.

All the edges have a ¼ inch round over. The baffle is tilted back at 4.5 degrees.

Enclosure Assembly:
To cut the baffle shape, two of the baffle blanks are screwed together then the shape is cut out with a router and spiral up-cut bit. The woofers are surface mounted. Check the woofer frame opening and cut out the woofer holes.

The mid-tweeters are recess mounted. The first step is to measure mid-tweeters and cut the through holes with a hole saw. The back side of the holes are then chamfered. A large rectangular recess is then cut on the front of the baffle with a template and a router with a bushing.

The stand tilts the baffle back at 4.5 degrees. The baffle is attached to the stand with bolts and cross dowels available from Rockler Woodworking. The stand could also be permanently attached.

Crossover Design:
The Titan woofers and Tang Band mid-tweeters have reasonable distortion in the 400 to 1,000 Hz range. The woofer’s first dipole null is near 1,000 Hz.

After listening, an x-o at 600 Hz with Linkwitz Riley second order slopes works well. This keeps most of the vocals away from the Titan drivers without stressing the Tang Band mid-tweeters too much.

The measured sensitivity is about 85 dB at 2.83 volts, 1 meter, 50 Hz. The estimated max power at x-max of the system 15 to 20 watts, about 98 db assuming some floor gain. The impedance stays above 8 ohms so they should be OK for the tube amp guys.

The Titan woofers are wired in series; the Tang Band mid-tweeters are two series groups wired in parallel.

While not shown on the schematic the 22-ohm resistance is made by wiring 12-ohm and 10-ohm resistors in series.

Tips & Tricks:
These speakers will sound best when they are spaced away from walls and other boundaries by 3 feet.

Despite having two 15-inch woofers these are not going to get very loud before the woofer bottoms out. Consider using a high pass filter of a single 500 uF capacitor ahead of the woofer’s inductor if this becomes a problem.

Conclusion:
The sound quality per dollar is quite high. With a few more parts the response could have been flatter but the added cost did not fit with the budget goal of this design.

This designed used the “purple glitter cone” Titan woofers, but it appears that any of the Titan 15 inch 4 ohm woofers would work in this application. I’d choose the woofers with a QTS of over 1.3 first. Other drivers from Eminence or GRS will require a different crossover.