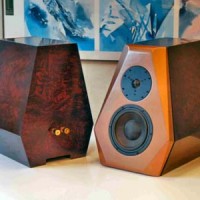 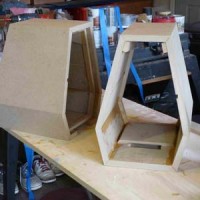 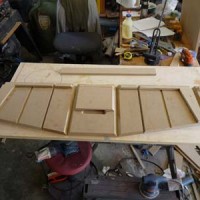 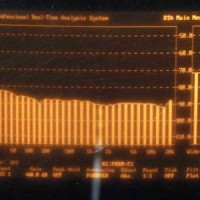 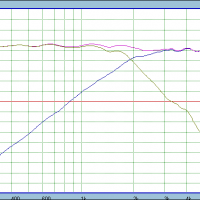 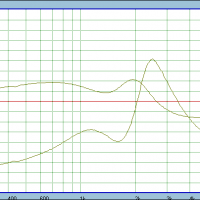 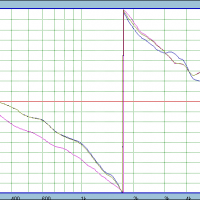 Project Description:
Premios are a high performing, stand-mount, passive 2-way speaker utilizing top notch, yet cost effective drivers, some of the best available to DIYers on the market today.

Design Goals:
The main goal was to design a relatively compact, stand-mount speaker, with state of the art drivers that can effectively cover a frequency range of sub-30 Hz to 20 kHz. A smooth power response and wide off axis dispersion were equally important factors. Low distortion and engaging sound that would draw in the listener were also high priorities. The aesthetic was intended to be unique yet doable for the typical woodworker, though well outside the standard box shape. The shape is reflective of the functional benefits the design choices provide, i.e. form follows function.

Driver Selection:
Woofer: The new Dayton audio, ES180ti – 7″ Esoteric Series Woofer 8 Ohm, was the first choice to anchor the bottom end. This driver is both beautiful to look at and can dig to an F3 of around 29 hz with this enclosure size/box tuning configuration. Distortion is impressively low and driver breakup is very well controlled and easily addressed in the crossover, allowing for a crossover in the 2 kHz range. The bass is authoritative and midrange very engaging.

Tweeter: The Transducer Lab N26CFR-A 1” dome tweeter. There are many tweeters that could have been selected to work with this woofer at the targeted crossover point. I’m very familiar with the Transducer Lab tweeters having used them in several previous projects. They are all very robust, extremely low distortion transducers with unusually smooth on and off axis frequency response and wider dispersion than even most ¾” domes. Frequency response is only down about 6 decibels at 60º off axis at 10kHz and only around 12 dB at 18 kHz. Off axis response is extremely smooth and well controlled. Sensitivity is quite high, though this is not really critical for this design. I happened to have a pair of the N26CFR-A, carbon fiber domes sitting on the shelf and seemed the most obvious match to the carbon fiber ES180ti woofer.

Enclosure Design:
The enclosure design is a reflection of the acoustic benefits of non-parallel sides for reducing internal standing waves; slanted, tapered and chamfered baffles for reduced edge diffraction, smoother frequency response and potentially better imaging. The enclosure shape also reflects a desire to provide an aesthetic outside of the typical box look, though still not too difficult for the average woodworker to construct. The enclosure volume was optimized for optimum low frequency extension.

Tuning is 32 Hz with a slot port 9.17” long, yielding a predicted F3 of 29.17 Hz. The box sides are 3/4” mdf reinforced with additional 1/2” pieces and window-type bracing. In addition, a constrained layer damping system consisting of 3/16” rubber flooring and 1/4” hardwood plywood is glued to the center of the larger unsupported interior panels to further deaden enclosure walls. A single horizontal layer of 3.5” Ultratouch denim insulation, the width and depth of the box, is placed central to the enclosure, above the first window brace.

The baffle is made from 2 pieces of 3/4” mdf, which allows for the chamfering provided. The rear of the baffle was carefully chamfered to provide plenty of room for the woofer to “breathe”. The front baffle has about a 1/8” wide x 1/4” deep” reveal cut along the box interface to hide the seam and to provide visual interest.

As primarily an aesthetic choice, I went with the large, carbon fiber binding posts for this enclosure. They are not quite deep enough to get through the 3/4”walls, plus 20mm veneer, etc. so I had to counterbore the interior side a bit at the binding post locations to reduce thickness.

Enclosure Assembly:
Construction adhesive was standard Titebond wood glue throughout. The box sides were all cut with 45º joints, so the panels could be folded together, making no butt joints visible from the sides. There panel was inset with rabbit joints and body putty (bondo) was used at the rear panel interface with the box sides to hide the seams. Bondo was also applied to the chamfers. Top and bottom roundovers on the baffle were initially started with a roundover bit and then sanded further to smooth the transitions.

Wood backed; 20mm thick maple burl veneer was adhered to the box exterior using contact cement. Because this type of veneer leaves visible seams, which I wanted to hide, I went with a guitar burst-type finish that used two types of transtint dye (black and red mahogany) to provide a lighter center panel with darker edges. A process of multiple layers of dye application and sanding more toward the center was used starting with several coats of black dye, followed by several coats of red mahogany dye, with sanding in between was used to create the burst effect. There are several YouTube videos around that illustrate this approach. The final finish was numerous coats of water based satin poly with sanding between coats and then wet sanded, polished, buffed and waxed to get the final smooth, fairly glossy finish.

The baffle was paint is several layers wood glue/water mix, followed by primer, sanding between all, followed by several coats of Krylon Rust Protector Metallic Finish, copper color, sprayed on with the typical rattle can, lightly sanded in between and then clear coated. This color was selected to pull out the copper hues in the dyed maple burl veneer. The slot port in the base of the speaker was painted with black DuraTex, using a fine foam roller.

Crossover Design:
Crossover point is around 1950 hz, with somewhat asymmetrical slopes, though fairly close to LR4, the tweeter about halfway between 3rd and 4th order and woofer between 4th and 5th order slopes. Crossover slopes are approximately 2nd order between the mid and tweeter and 4th order between the woofer and mid. All drivers are wired with standard polarity. A notch filter was utilized on the woofer to shape its response coming into the crossover as well as down into the stop band. This allowed the both the frequency response and power response to be tweaked for a smoother overall result. The in initial inductor on the woofer is an iron core, to cost effectively reduce insertion losses. Remaining inductors are all air-core and caps are all polypropylene. The total parts used in the crossover design are 10, however that includes the 3-part notch filter. Full baffle step was included in the design. Power response is quite flat, with a slight slope downward as frequency increases, as evidenced by measured RTA in room results. Impedance stays above 8 ohms throughout.

Tips & Tricks:
The 3 sided slot port that uses the stand as the fourth side is a unique design feature of the Premios I’ve not seen incorporated elsewhere.

Conclusion:
This was a fun and rewarding design and build. The build has its challenges, with the angled, slanted panels, but went fairly quickly. These small stand-mount speakers, though low sensitivity, dig extremely deep even when compared to many larger floor standers, yet have a smooth engaging midrange and some of the best sounding highs you will hear in any speaker. Though there are spl limits one will reach with a single 7” driver, modelling indicates a pair of these will be able reach around 100 dB before exceeding xmax, for anything other than sub 30hz content.